Last night my partner had a dream. No, it wasn’t that ‘one day this nation will rise up and live out the true meaning of its creed’, though that would have been good.

Not that kind of dream

It was that the entire bedroom was suddenly flooded with sea water!

Ocean creatures from near and far were crowding into the bedroom: porpoises, octopuses, whales, sharks, whale sharks, deep-fried calamari rings and dolphins. Although dolphins are better known for being friendly, one particular dolphin was being arsey and aggressive. It had evil eyes, lots of sharp teeth and it was grinning in a frightening way. It was going to attack!

Ready to gore. Beware the teeth!

My partner was frightened by this hideous beast. He knew this dolphin needed restraining and he was the only one to do it. He gathered all of his strength and wrestled with the dolphin to keep the damn thing down.

Man vs dolphin. Take that you foul beast from the ocean deep!

I woke up when his arm clamped down on me. I looked at him – he was thrashing about, obviously disturbed by something terrible.

“Er hi! Are you OK?” I squeaked from beneath his butch and manly arm.

“Yes, fine thank you,” he replied in that very polite British nothing-to-see-here kind of way, allowing me to extricate myself from the arm bar.

We went back to sleep and I dreamed there were lots of sheep in the backyard. Meanwhile Dennis Wongbert (my imaginary dog) dreamed that he was eating a giant cheese soufflé, and when he woke in the morning, his pillow was gone. 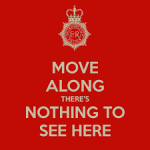